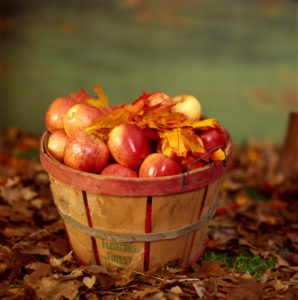 During the fall months, orchards start bursting with apples, from tart apples meant for baking to sweet apples meant for snacking. Some apples are red or pink; others are yellow or russet. Some varieties are even pink when you cut them open! (“Pink Pearl” apples have been around since the 1940s.)

No matter which apples are your favorite, though, you might want to consider buying them organic—according to the Environmental Working Group, apples are in the “Dirty Dozen,” meaning they’re one of the top-sprayed crops in the US (See my post about this). Fortunately, there’s an easy way to tell if an apple was grown using organic or conventional methods: if the produce sticker has a five-digit code starting with a 9, it’s organic, whereas a four-digit code means that the produce was conventionally grown. Although you won’t see a five-digit code on apples starting with an 8, that would mean the produce is a genetically modified organism. (According to Consumer Reports, corn, soybeans, canola, cotton, sugar beets, Hawaiian papaya, zucchini, and yellow crookneck squash are the only GMO foods that are widely sold to consumers, and of those, the first five are typically used as an ingredient in foods rather than sold as a standalone, unprocessed food.)

When it comes to choosing an apple, the first question is whether you’re going to cook it (by baking, simmering, or sautéing) or eat it out of hand. Firmer apples with thicker skins hold up better to cooking, although if you’re going to simmer apples for applesauce, you’ll probably want to choose thin-skinned apples (see recipe in my resources). Ditto for eating them raw as snacks. Apples that are mild in flavor often acquire a warmer, more pleasing flavor when you bake them, either in pies or simply halved and stuffed with streusel. More flavorful apples are delicious raw, or if you’re the full-flavor-all-the-time type, you can cook those, too. (Try combining multiple varieties in your next pie!)

Another consideration when you’re shopping for apples might be how sweet you want your apples to be. Unfortunately for our long-term health—natural sugar is still sugar, after all—nearly all produce is grown with the goal of making it sweeter, so it’s not surprising that apples have gotten demonstrably sweeter over the years. Tart apples are getting more and more rare, but a few common varieties include Jonathan, Paula Red, and Granny Smith apples. Regardless of the variety, apples should always be fragrant and feel firm—avoid bruised apples with soft spots. Check the stem, too, and make sure you don’t see any signs of mold on it. Because apples with torn-off stems can sometimes attract fungus, it’s best to choose apples with intact, healthy stems.

Apples store well in cool, dry conditions, but there’s no doubt that apples are at their peak flavors and textures in the fall. If you have plenty of apples in your fruit basket, you could bake them into cobblers and cakes, or you could use a dehydrator to turn them into longer-lasting apple chips. Or have you ever made your own applesauce? Commercially made versions are often laden with added sugar, but you can make a no-sugar-added DIY version by simply placing cubed apples in a pot, adding just enough water to cover them, and simmering them until you can easily mash them with a potato masher. Stir in spices like cinnamon, nutmeg, cloves, or ginger to customize your ‘sauce. If you use thin-skinned apples and don’t peel them, your homemade version will have more fiber and flavor than its store-bought cousin, too! 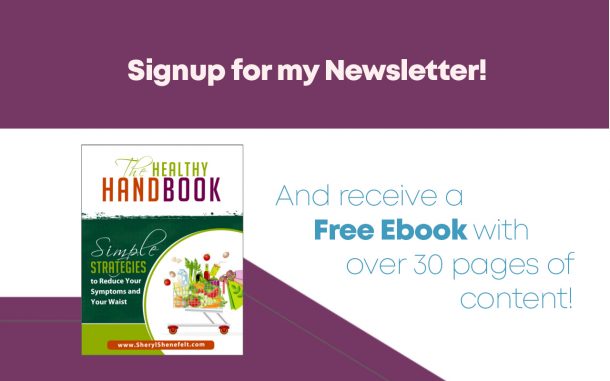