Putting Some Pumpkin into Your Life 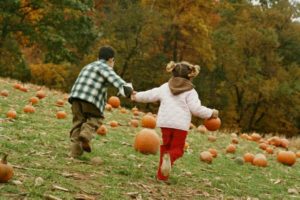 Fall is here, and so are pumpkin-flavored everythings: pumpkin coffee, pumpkin oatmeal, pumpkin granola bars, even pumpkin rice cakes. (And of course pumpkin beer.) Unfortunately, most of these commercially made pumpkin foods don’t contain much real pumpkin. If you do want to enjoy the real deal, though, it’s easy, especially when you think of pumpkin first and foremost as winter squash—hard-skinned, naturally sweet winter squashes are interchangeable in terms of both flavor and how they’re prepared. Ditto for the seeds—no matter which winter squash you choose, you can save the seeds and roast them to make tasty snacks and garnishes as well as inclusions for cookies, bars, and other baked goods.